​Following the success of '39 Steps' and ‘Our Man in Havana’, Heather Cartmell and the team turn their hands to presenting a Festival of Coarse Acting Show plays to celebrate the 75th anniversary of Fylde Coast Players.
​
For three nights only Fylde Coast Players present ‘The Festival That Goes Wrong’, a selection of plays from Michael Green's ‘Great Coarse Acting Show.’

​And of course everything will go as planned. Probably. We hope......

​Come and join us on what should prove to be a hilarious recipe for an enjoyable evening of fun and laughter. Just what we all need!
​
To whet your appetite and show just what they can do (really) the cast will open with the Noel Coward tribute, 'Present Slaughter', complete with live musical accompaniment to enhance the classic atmosphere 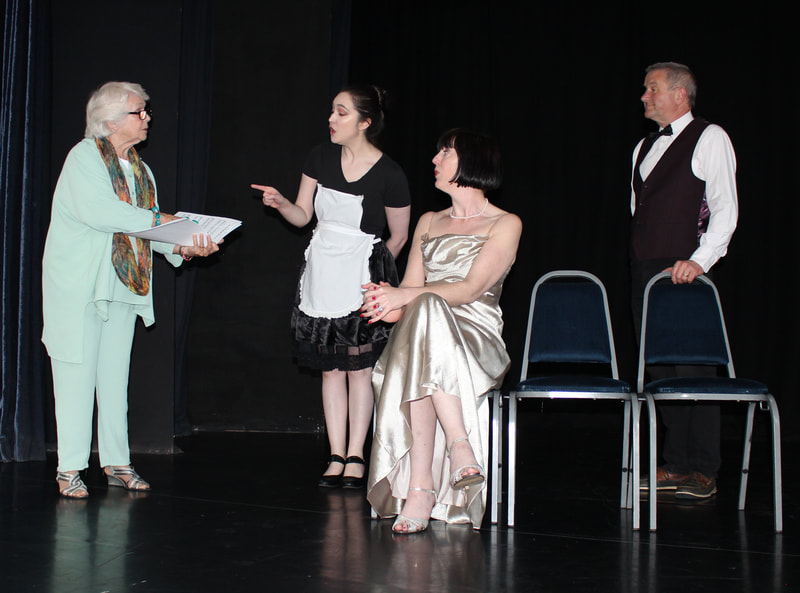 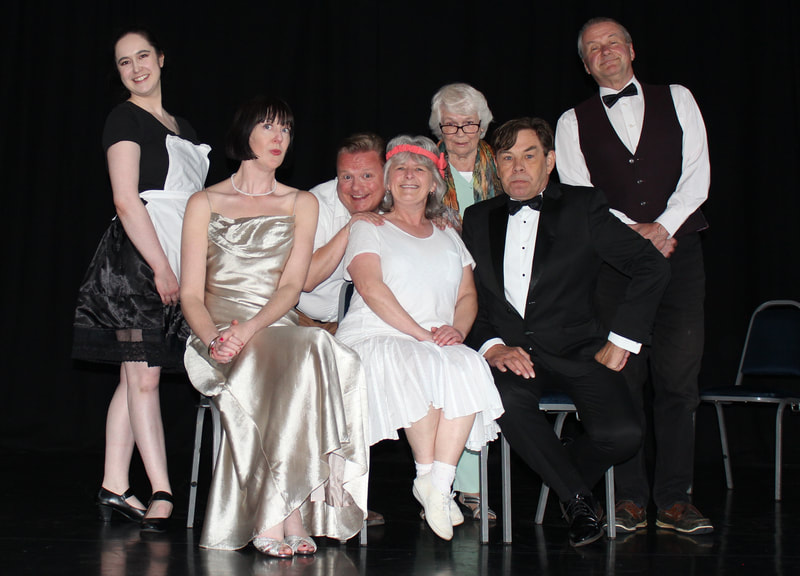 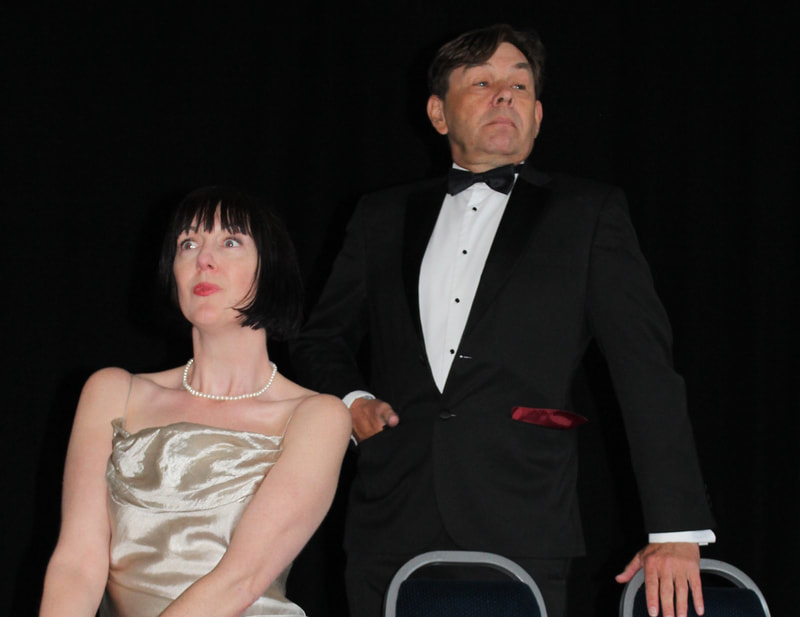 The talented cast move on to tackle 'Streuth', a Whodunnit with all the twists and turns you might expect and an unforgettable final scene that ... well - you won't be able to forget, even if you want to 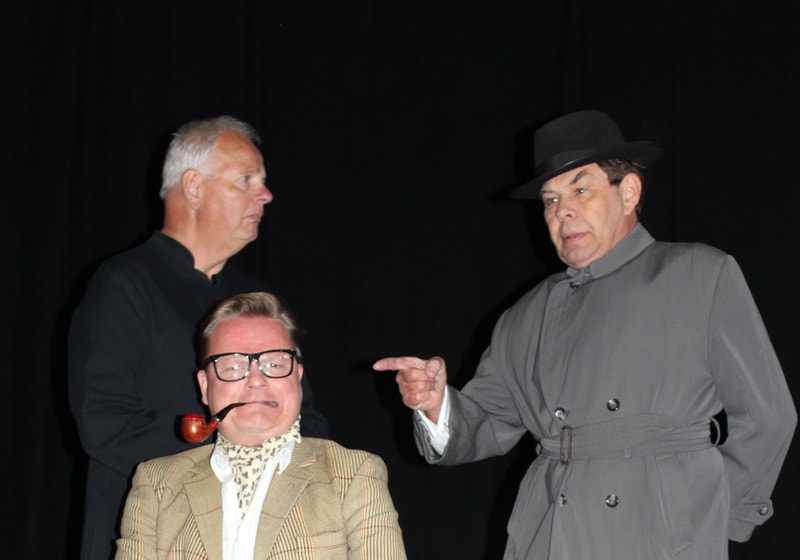 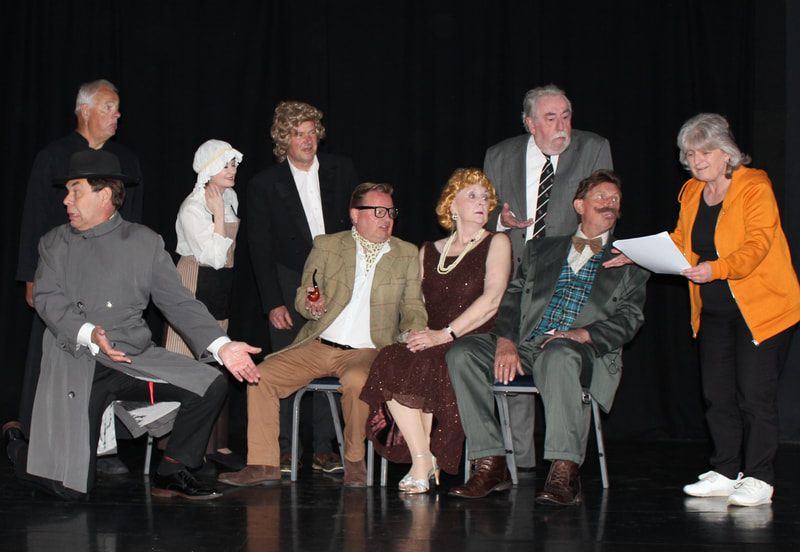 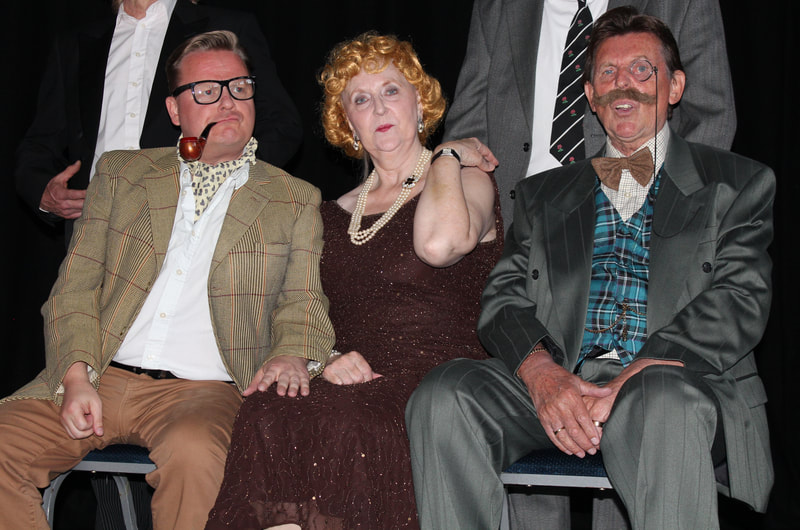 The Whodunnit is followed by an ambitious Operetta in the true Italian style. Called 'Il Fornicazione' it explores complex family relationships, earthy human emotions and the perils of baking with mushrooms. No expense has been spared to present this musical extravaganza in the way it deserves. 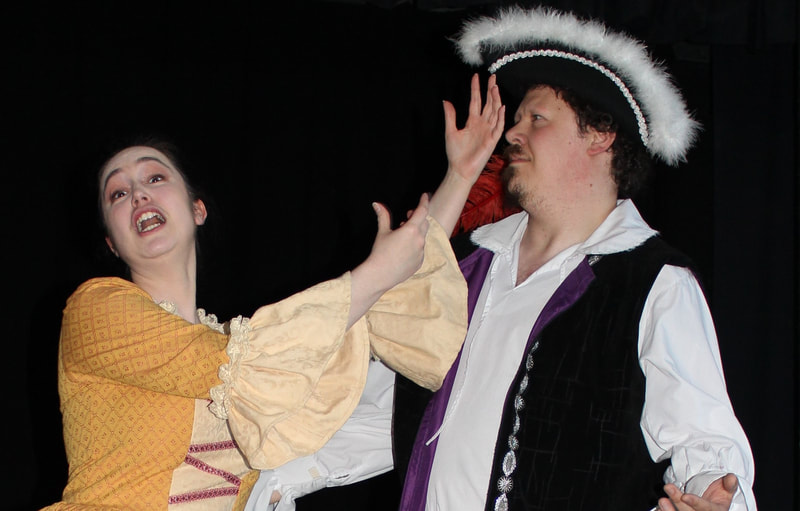 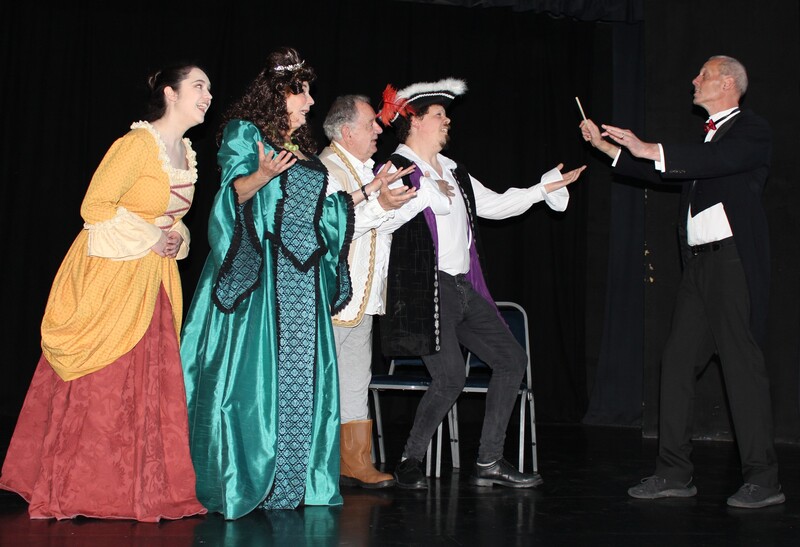 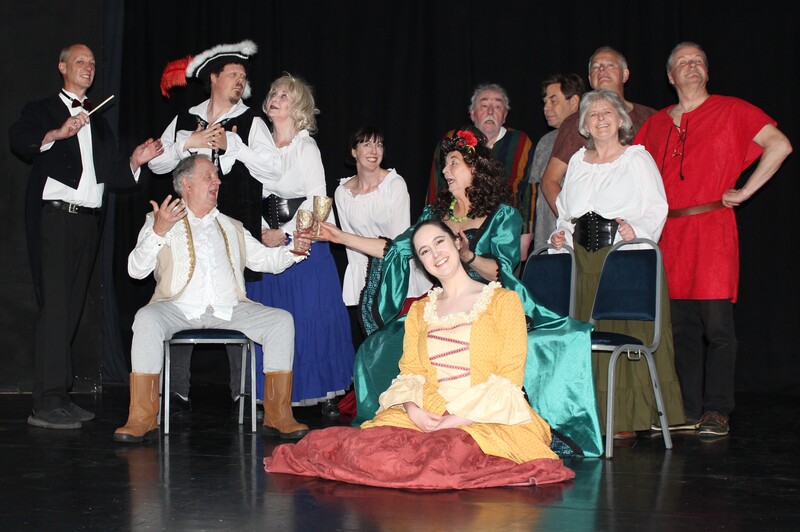 The company then takes you back to earth with a gritty northern drama set in a pit village somewhere north of Watford in 1912. A tribute to D H Lawrence - be amazed as the cast re create the struggles of daily life and overcome adversity from unexpected directions. 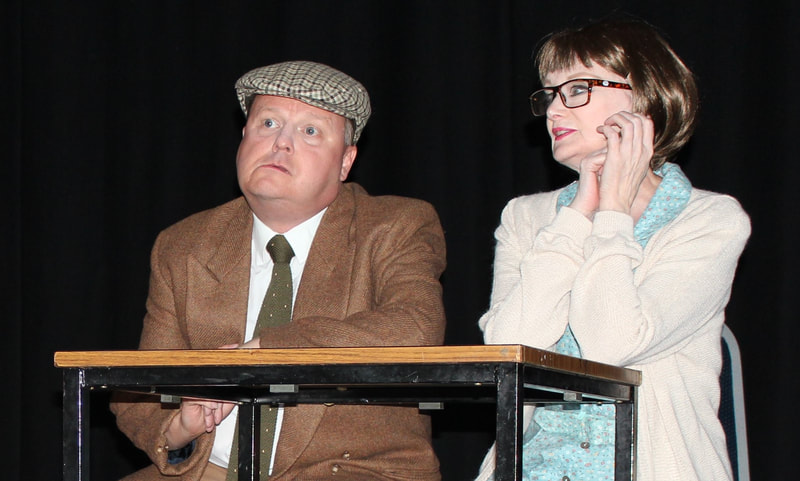 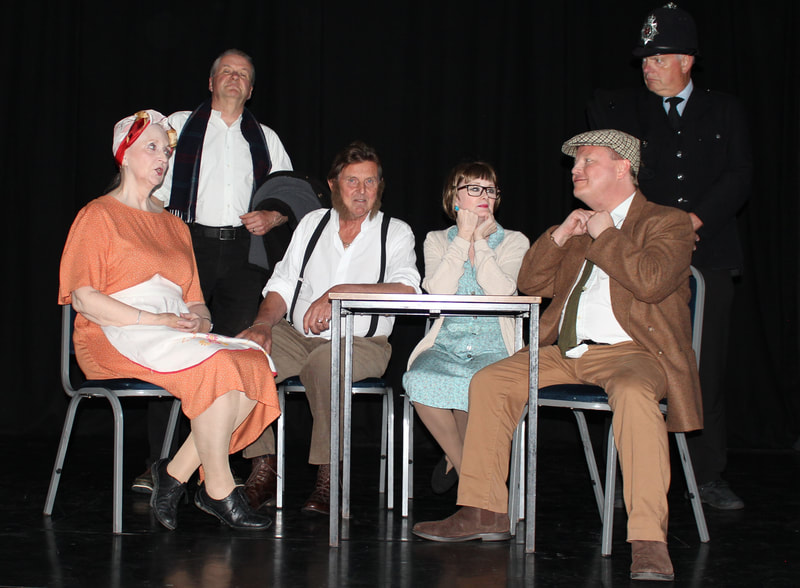 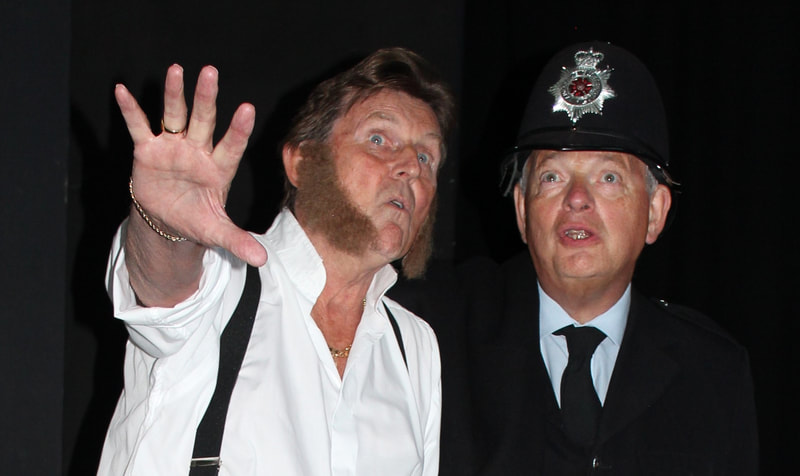 And finally you will be taken back to ancient Rome in a sweeping epic production 'Julius and Cleopatra'. See the court of Cleopatra, watch political intrigue, see sinister soothsayers, admire chariot races and a final climactic battle (with siege engines) before tragedy intervenes. It's really unbelievable. 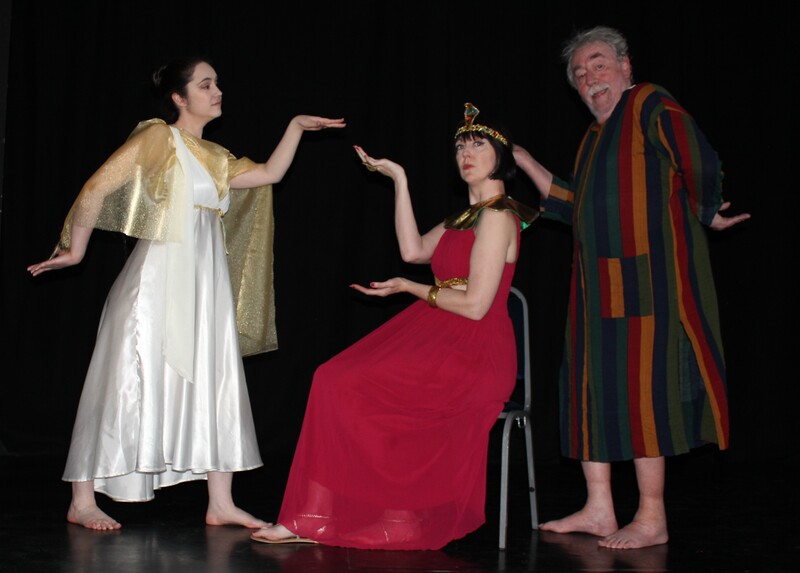 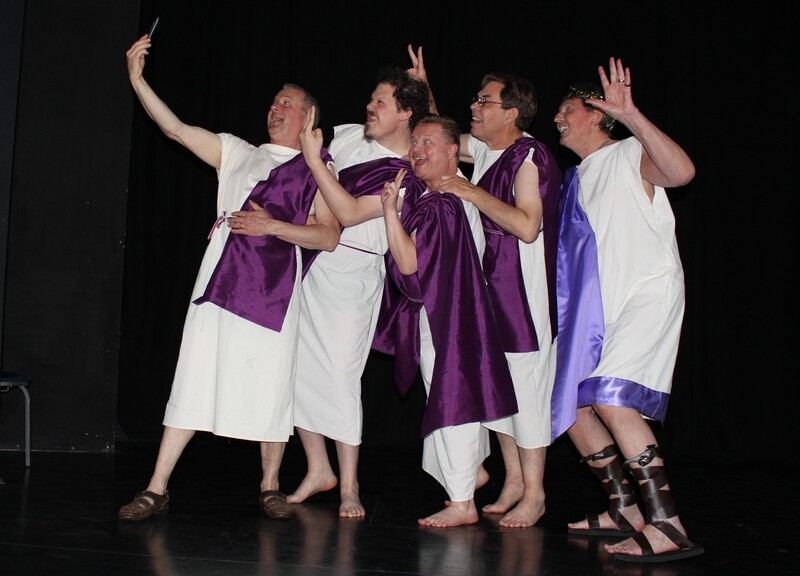 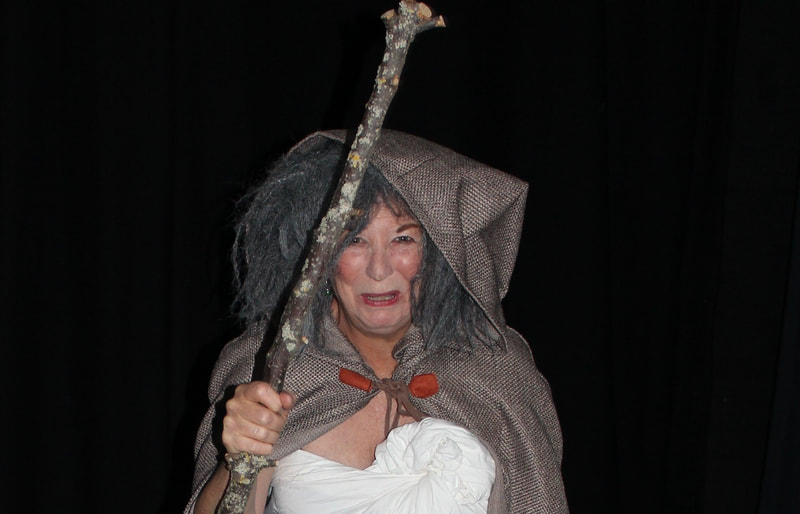 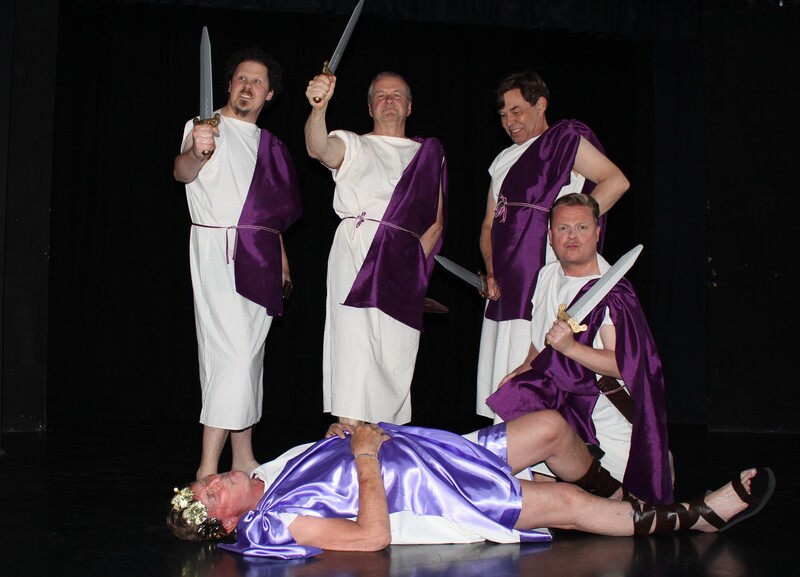 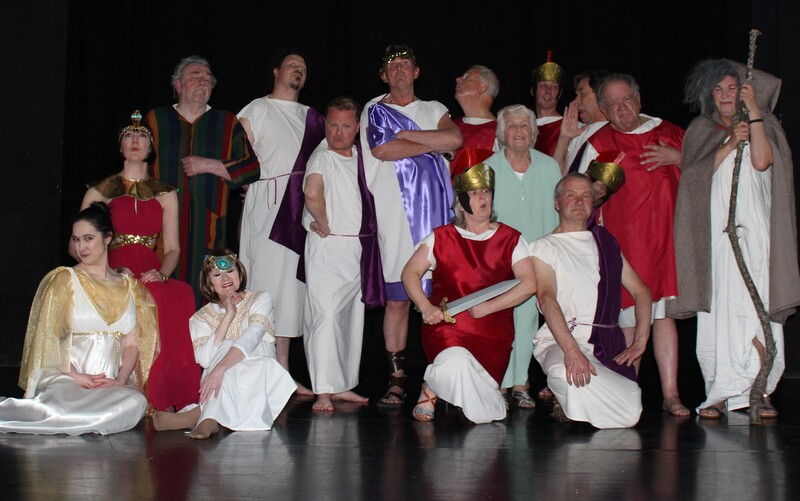 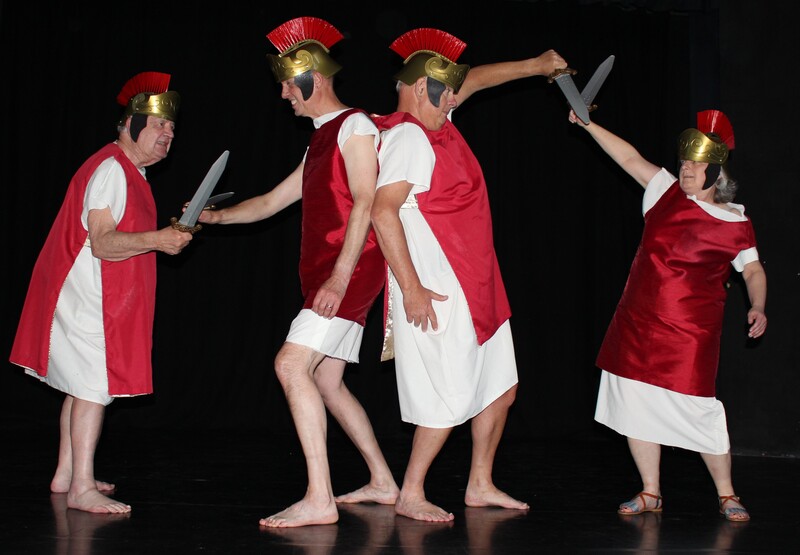 There are telephone bells which will not stop, altercations with the prompter, lighting cues which are mistimed, together with exasperated shouts from the producer, costume malfunctions and collapsing furniture.
The Fylde coast’s own Les Dawson showed us that playing the piano badly for laughs takes much skill and the same applies to acting.

Here some of the leading players of the past decade - Andy Cooke, Andrea Cave and Glyn Morton – led the way, strongly supported by Paul Lomax, Emily Cartmell , Jeff Redfern and Kath Greenwood.
The stitched up style of Noel Coward, a murder mystery, northern domestic drama, an overblown opera and a Shakespeare extravaganza made for entertaining watching as the cast of 21 clearly revelled in each other’s company. Heather Cartmell’s direction created chaos at just the right times.

Some might wish that the tradition of top quality directing and acting consistently seen from the Society, founded in 1947, might have been celebrated by yet another truly dramatic production, but everyone involved in this summer romp deserves many congratulations.

Julian Wilde
And this is what NODA thought....

A Play Festival That Goes Wrong
​DATE 4th August 2022
SOCIETY Fylde Coast Players
VENUE Lowther Pavillion
TYPE OF PRODUCTION Play
DIRECTOR Heather Cartmell
Report Author: Nathan Benson
Many thanks to Fylde Coast Players for inviting me along to see their production of A Play Festival That Goes Wrong, on Thursday 4th August 2022. This piece was a send up of 5 short plays, all played badly with lots of mishaps and mayhem thrown in, to make a thoroughly enjoyable piece and entertaining evening of theatre.
The show was directed by Heather Cartmell who pulled together 5 strong individual snippets from the selection of shows, which were all well rehearsed and polished, so that all the built in mishaps felt authentic. Each of the different plays had a different style, from the film noir style of Noel Howard’s Streugh, musical opera style of Il Fornicazione, to Shakespearian style of Julius and Cleopatara. She chose to have the actors muliroling throughout the production and brought out so great characterisation from them. Underpinning the entire production, she added a compare style narrator, which again was au fait with the rest of the production and seamlessly held it together, adding jokes and memories to celebrated the 75 years the players have been together.
Set design, lighting, costumes and props were of an equally good standard, and highlighting the send up nature of the show. I found the set design of the first and second plays being the same, but in reverse absolutely genius. The forth play with the collapsing table legs was also hilarious and a particularly notable as the direction was constructed in such away to avert attention away from the next table leg to fall.
As there were so many characters brought about, I’ve decided to provide an overview of the wholistic overview of the performances and call out a few notable stand outs for this review.
Overall, this was a very strong ensemble piece, with different actors taking the lead and support roles in the different plays. All characters developed were fit to the style of both the contextualised play and the out of character moments brought about in the mishaps. There was great unity between the entire cast and all involved looked at ease on the stage.
Andy Cooke was a delight to watch in all pieces he appeared and to each piece he brought strong characterisations. My favourite of his performances was the detective piece, in which the plot span in a circle with the script, each time the scenes repeated used an alternate subtext, each one dwindling in patience, with the scene that was obviously going nowhere. Very solid performance throughout, well done.
Paul Lomax brought out a highly energised performance to the sections he was in. Each character very eccentric, but all different and suitably detailed. Notably for me was his Merry Huntsman in the opera piece, his animated Oliver D’Arcy was hilarious, and brought out some amazing wit in the Julius and Cleopatara piece.
Andrea Cave looked utterly glamorous and Lavina and brought some real class to this role. Her take on Cleopatara was equally as strong.
I loved the compere which underpinned the show, undertaken by Maureen Calveley. I couldn’t tell if this was actually au fait to Maureen, or a character she had devised, either way it was delivered impacably and added continuity and lots of humour to the show.
A very well done to all cast, creative and crew for this production. I was literally belly laughing throughout. I am looking forward to seeing more from the Fylde Coast Players.