Greg and Ginny are living together, but Greg is becoming somewhat suspicious that he is not the only man in her life. He wonders about Ginny's plan to 'visit her parents' and decides to follow her.
Ginny is really going to see a considerably older lover, but only to break with him. Greg mistakes the ex lover and wife for Ginny's parents. Ginny's arrival compounds an already wildly hilarious situation 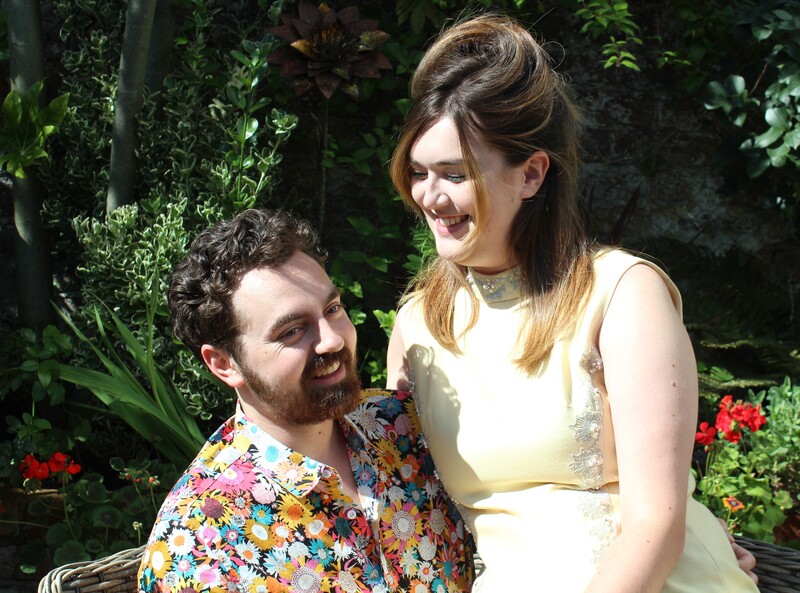 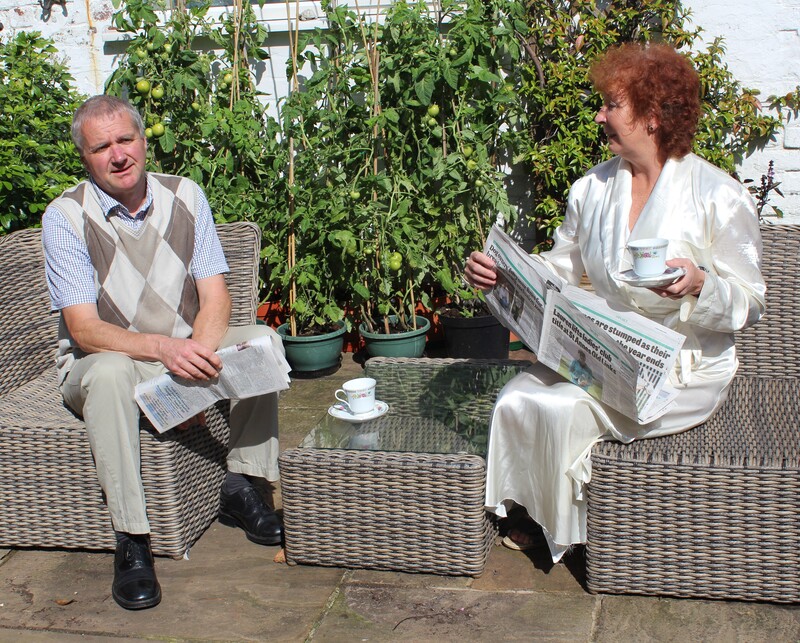 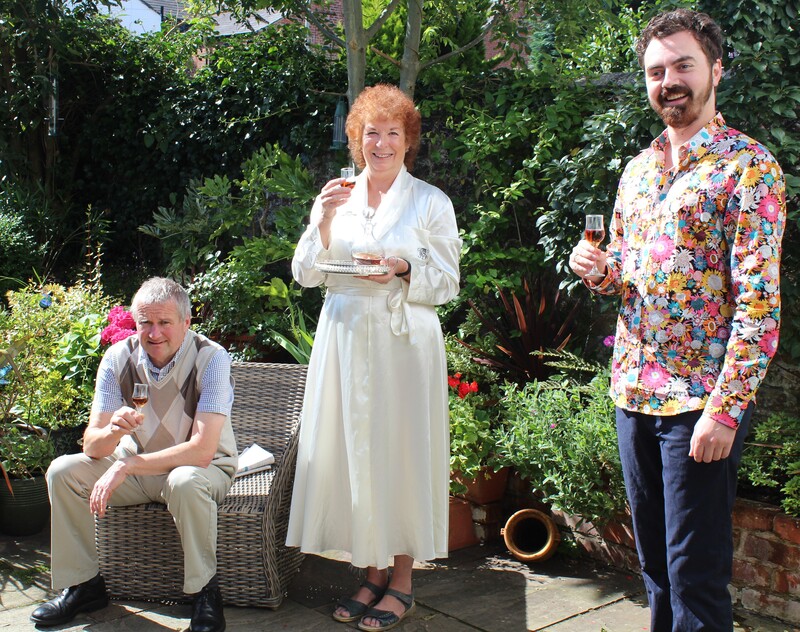 Due to Covid restrictions it is not possible for us to sell programmes for this show. To download or stream a copy of the video programme shown in the theatre click the link below.​
See the review from the opening night..
​Commendable and considerable efforts by the Fylde Coast Players and the staff of Lytham’s Lowther Pavilion enable amateur dramatic productions on the Fylde Coast to resume with a four night run of Alan Ayckbourn’s first major success, written in 1965.

The play is firmly founded, in true Shakespearean style, on mistaken identity, with the domestic disharmony and angst so characteristic of much of Ayckbourn’s work only secondary here.

The cast of four are to be congratulated on the consistently perfect timing and slickness in the dialogue on which the mistaken identities depend and here Tim Withers leads the way as Greg , with intonation which is varied and skillful.

Experienced producer Rosie Withers realises that the staccato questions and answers which produce the humour must be speedy and ensures the exchanges really fizz along throughout. 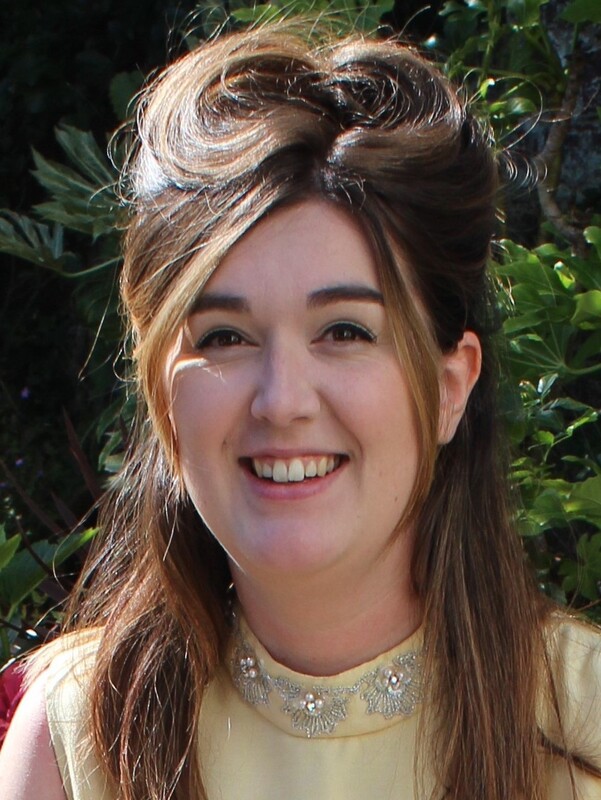 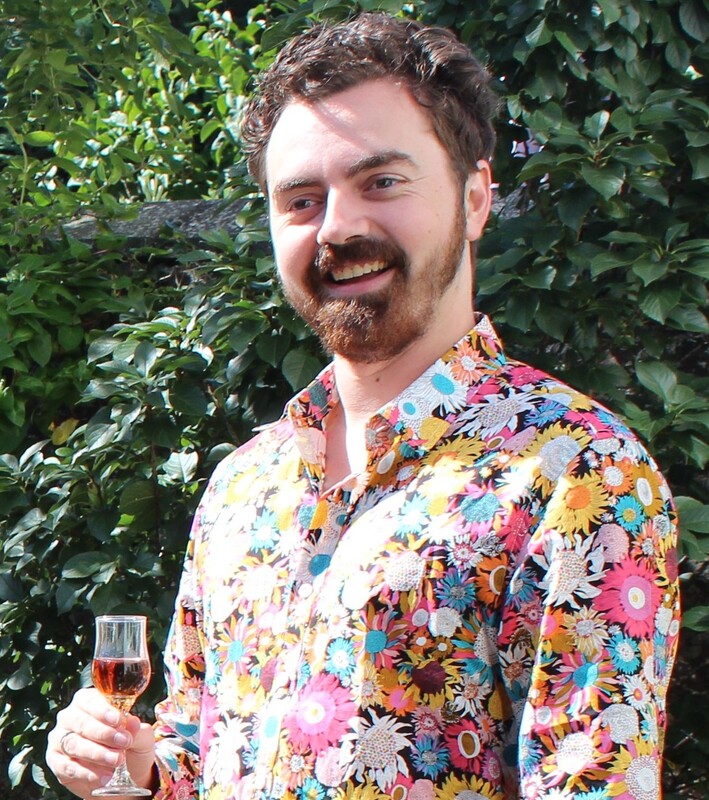 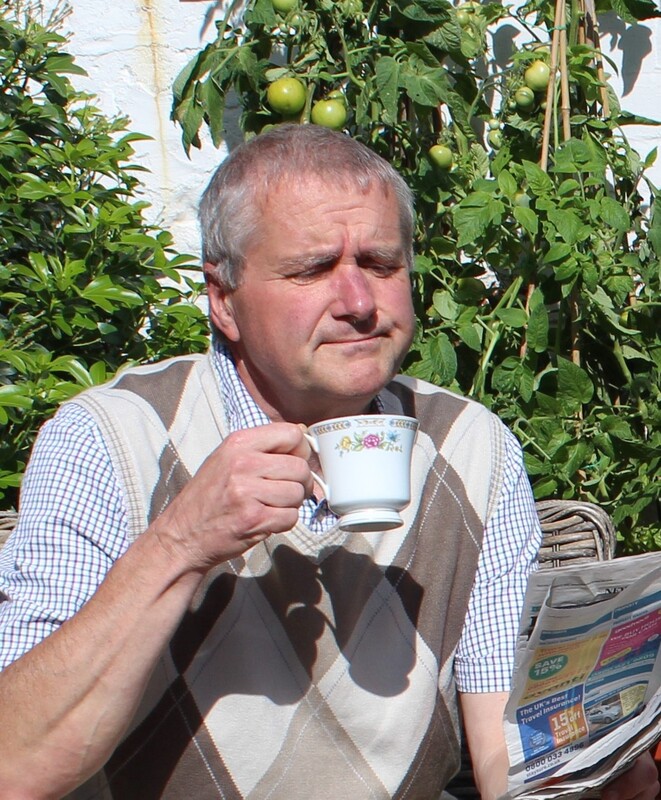 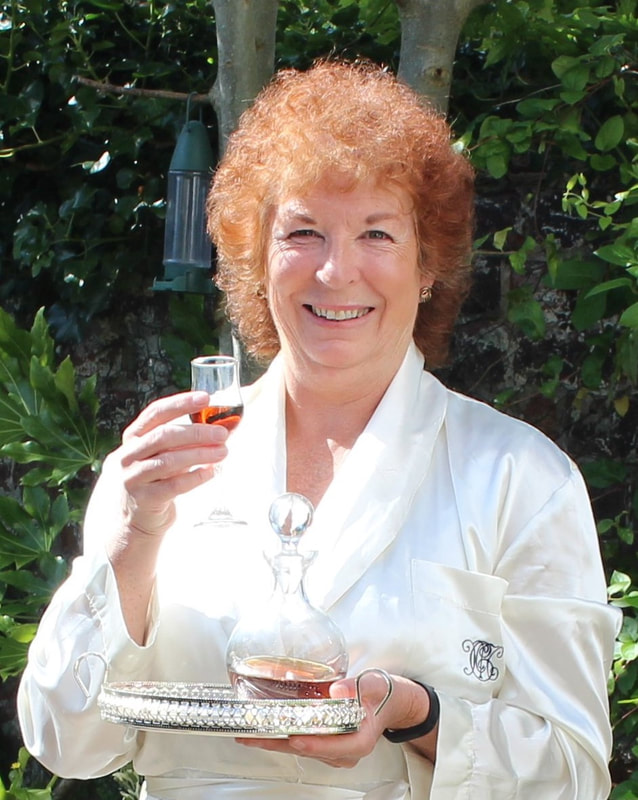 Sophie Cartmell deals well with the weakest of the characters, the deceitful Ginny, and is especially amusing as she reacts to made-up tales of her plump childhood appearance from her older lover Philip .

Tim Greenwood as Philip is the most physical of the cast, rubbing his arms, shifting from one foot to the other in a guilty way and arching his eyebrows expressively, as he realises his wife Sheila is gradually cottoning on to his infidelity. Kath Greenwood as Sheila, the most mystified about who is who, never lets her confusion muffle the clarity of her diction. 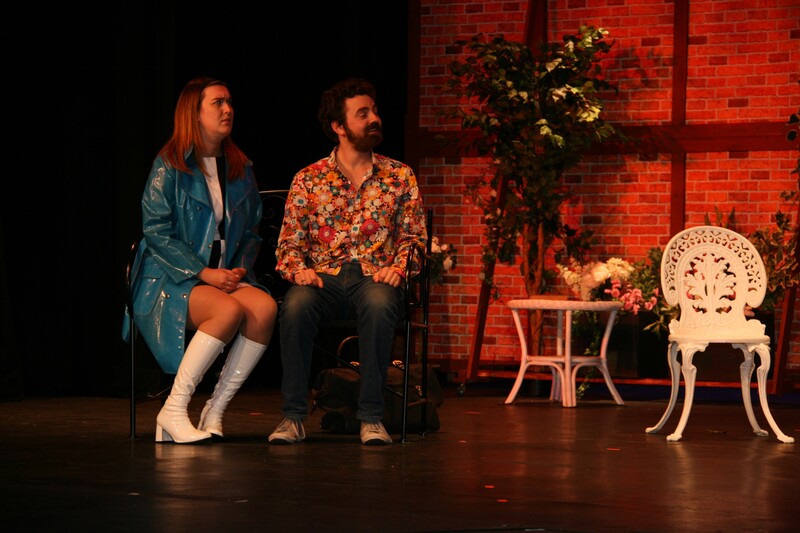 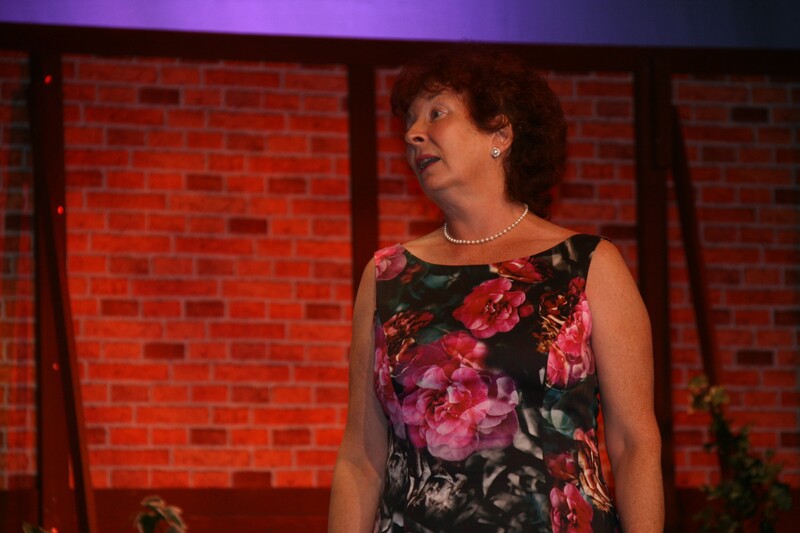 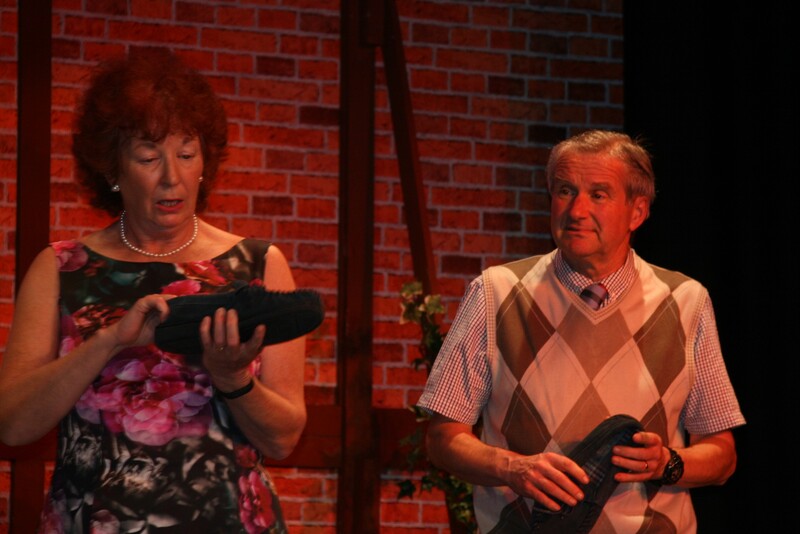 The stage crew under the guidance of Teresa Mallabone achieve a notable transition from a poky London flat to the expansive patio of a country house remarkably swiftly and are rightly applauded by the audience. Audibility, however, is sometimes an issue when the actors are facing sideways.
The audience, a little uneasy perhaps at the start in their separated social bubbles, warmed up as the plot thickens and mistaken identities blossom and there is plenty of laughter throughout the second half.
​
It is clear that both company and theatre are on a mission to bring back live theatre at a time of pandemic restrictions and the experience for an appreciative audience is overwhelmingly positive.

Julian Wilde
Lowther Pavilion have put an enormous effort into making this production possible and safe in the current climate. To make sure we keep our customers and staff safe we have:-

1.     Placed Sanitisation stations throughout the building.
2.     Added Temperature scanning on entry in the foyer.
3.     Enabled Socially distanced queuing,
4.     Enrolled and trained Social Distance Champions who make sure your visit to our theatre is safe for all concerned.
5.     Set out Socially Distance seating
6.     Increased ventilation.
7.     Incorporated one way systems throughout the building.
8.     Engaged in full deep cleaning of the Auditorium and foyer before and after each show.
9.   The stage is marked with a grid to ensure social distancing of cast and crew

But you don’t have to just take our word for how safe people feel. Here is just a brief snapshot from our social media taken following the first of our events run at the theatre:-

Darren
' A superb show and a fantastic night . Huge credit to all the staff at the pavillion ,you were all superb.'

Paul
' Thank you for all your efforts to put on the fantastic Mike Peters . What a well run venue with great friendly and courteous staff . This gig will be always remembered as a beacon of light in very different times !'

Gina
' An amazing night. Thank you so much to all staff and volunteers who made it feel so very safe and very special. Total credit to all of you and will look out for future events here now. Thank you'

Gary
' Well done for putting this on. Such nice staff and very well organised'

Eva
'Keep doing what you are doing and you will go from strength to strength.'

Lynnette
' What a fantastic evening. Great performances and excellent organisation from everyone. Well done you nailed it'