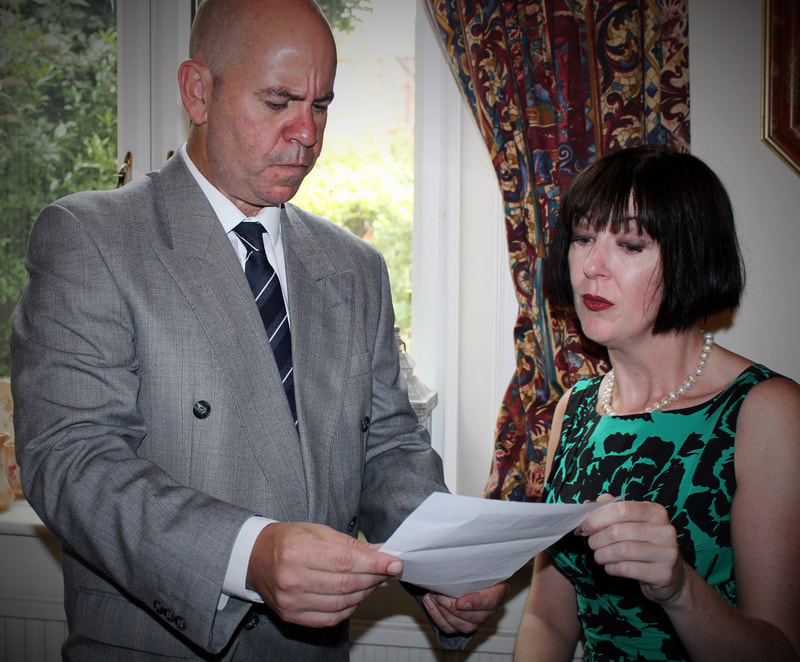 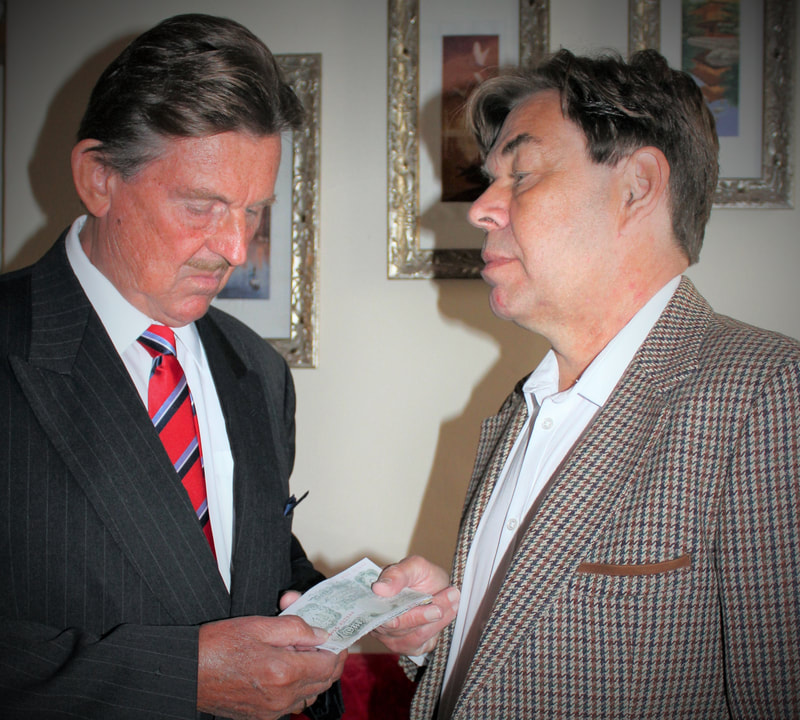 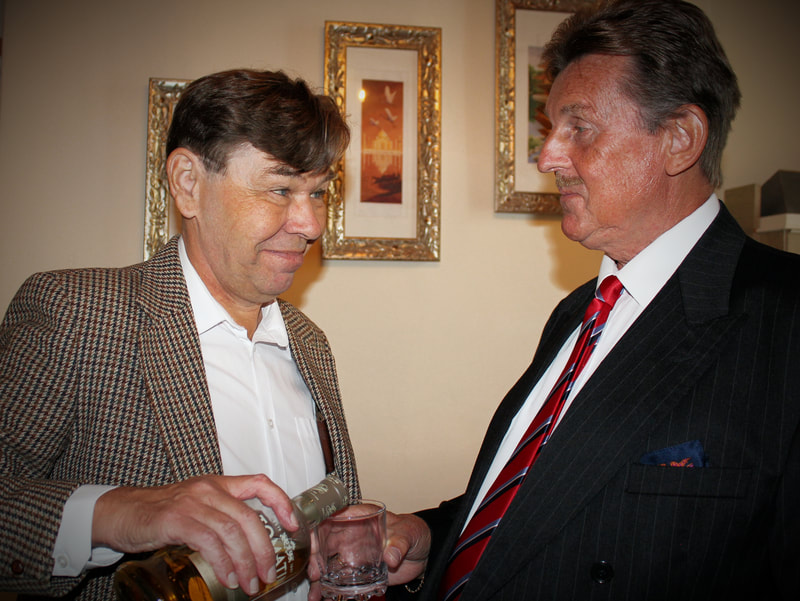 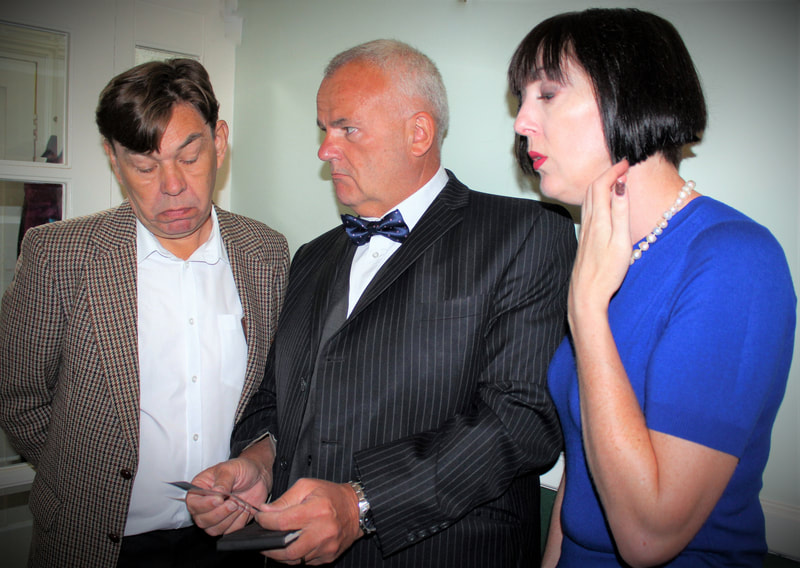 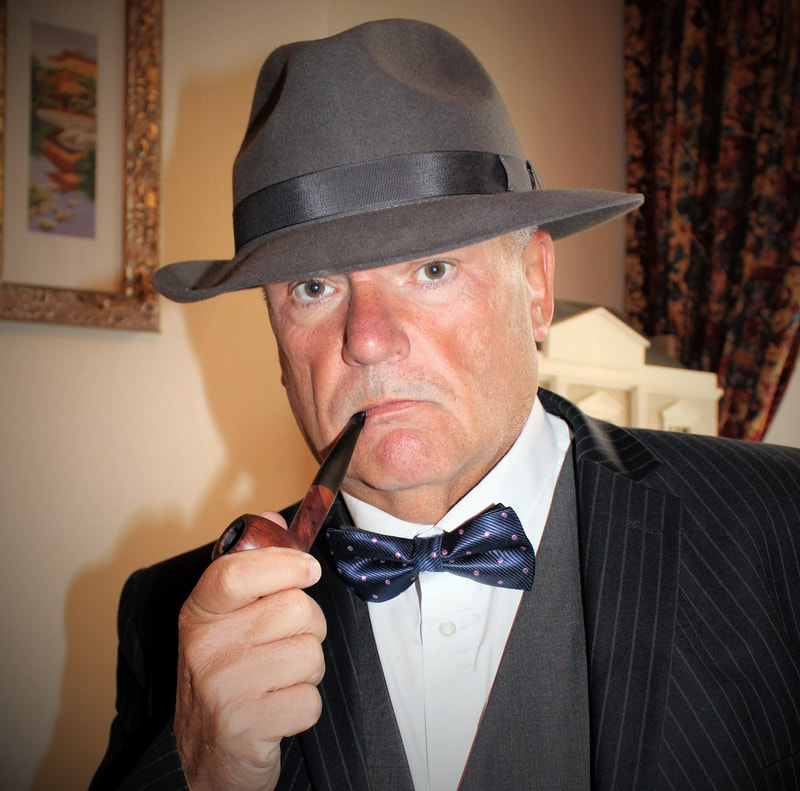 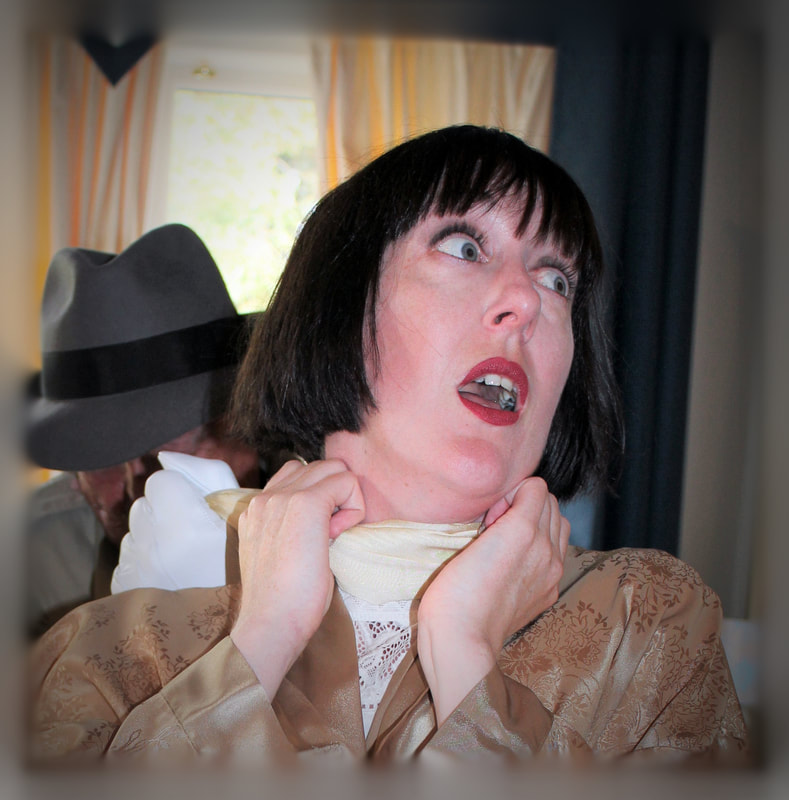 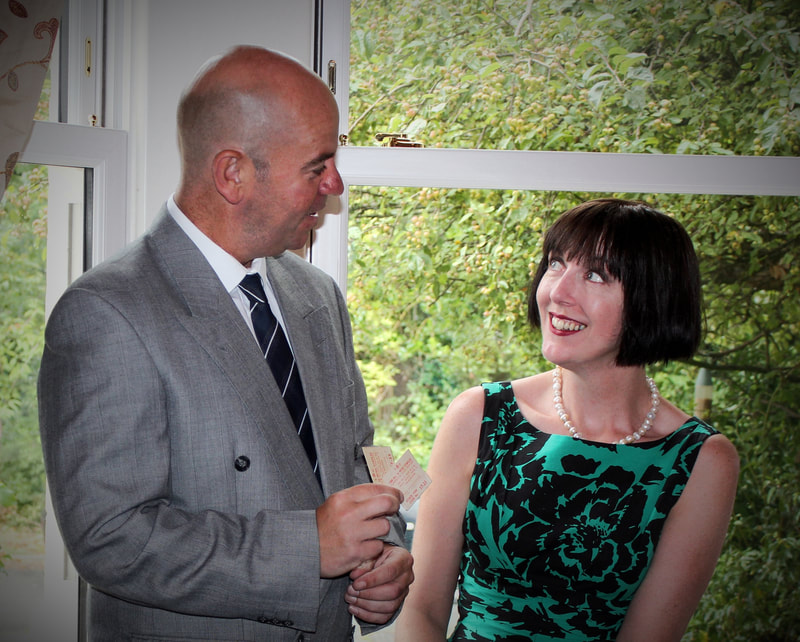 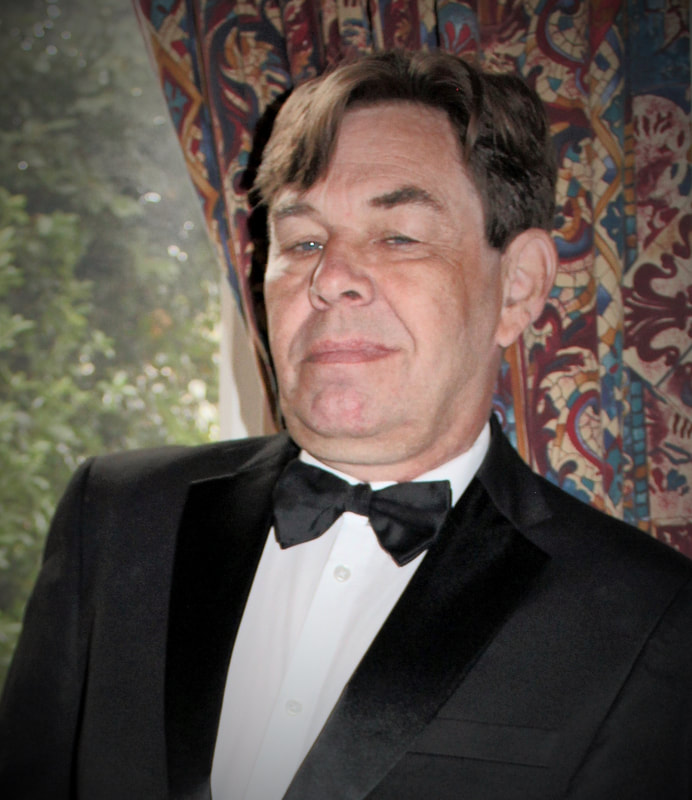 ​DIAL M FOR MURDER   LOWTHER PAVILION
It’s 70 years to the month since Dial M for Murder, a murder thriller set in post-war upper-class London,  opened at the Plymouth Theatre, New York,
The Cambridge-educated English author Frederick Knott, also a tennis blue,  subsequently wrote the screen play for Alfred’s Hitchcock’s 1954 Hollywood film blockbuster which ever since has been a template for the genre.
The Fylde Coast Players ensure that the play stands the test of time,  with all five of the cast skilfully embodying  the accents and attitudes of the day, backed up by period furniture and costumes, so that the audience can concentrate their attention on the plot. And concentrate you have to, as the lengthy first half scatters small clues amidst the dialogue which you can’t afford to miss.
The central quintet of actors all shine.   Andy Cooke plays former tennis champion and writer Tony Wendice whose wife Sheila (Andrea Cave) has been having an affair with murder thriller writer Max Halliday (Philip Allan).
Mick Gray plays the unappealing  ex public schoolboy Captain Lesgate  with just the right degree of shadiness - until he is unexpectedly stabbed to death by Sheila apparently in self-defence.  This leaves us wondering.
Spoiler alerts prevent your reviewer from saying more than that the tension is really wound up after the interval as Inspector Hubbard of the Yard  investigates.  Here Don Green  brings a  delightfully soft tone to his acute and probing questioning, though sometimes he is too quiet.
It is pleasing, as the plot thickens  in the second half , to watch Andy Cooke’s portrayal of the gradual but ever-increasing shiftiness of  Tony  and Andrea Cave’s subtle movements  towards the brink of  nervous collapse.
Director Tim Greenwood  ensures that the significant clues  in the dialogue are always spoken at just the right pace, the tension builds step by step and the denouement is  dramatically presented.   As a pattern for an extremely English murder thriller the show excels and the Fylde Coast Players do it proud.
Julian Wilde