The Fylde Coast Players have consciously developed a wider variety of productions in recent years and this very well-played comedy is another successful choice.

Director Mike Greenwood makes a complete and catastrophic farce of the whole evening and this is exactly right as the Townswomen’s Guild characters and the Murder Mystery roles interchange and the audience too becomes part of the chaos.

Andrea Neville’s natural height and posture is cleverly allied to her excellent timing to provide some of the best laughs, whilst Heather Cartmell is nicely deadpan as Pawn the Butler.

The whole cast show considerable concentration in correctly saying their lines in the wrong order and Sheila Davies’s  ridiculous sound effects – an important part of the humour – are spot on, again exactly the right timings for the wrong noise.

Rosemary Roe plays both her English stalwart and French maid roles expertly and Tim Greenwood is masterful as Inspector O’Riley who cannot ever remember the crucial line.  Debbie Couchman, Mandy Hall and Maureen Calverley are strong in support.

The audience just fell about and it would be easy – like when we used to laugh at Les Dawson skilfully playing the piano badly – to underestimate the craft of this accomplished cast.  An utter farce in every sense. 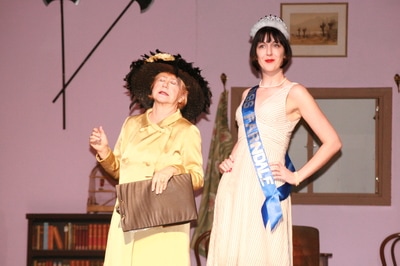 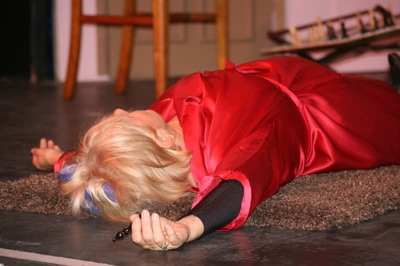 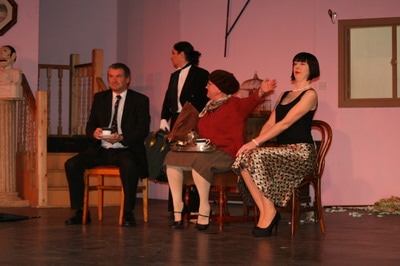 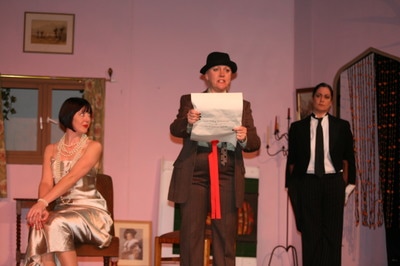 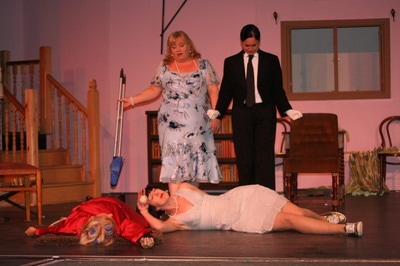 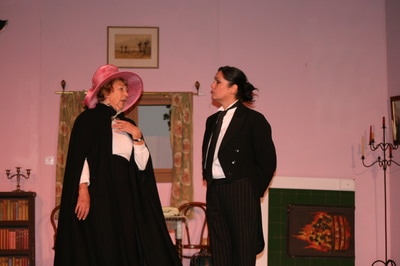