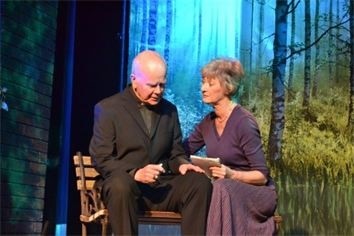 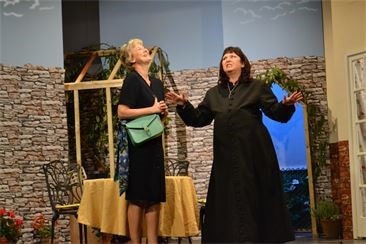 Fylde Coast Players have again produced a play of outstanding quality. This comedy drama by Richard Everett which on the surface appears to be a gentle story set in a vicarage garden, after the demise of the vicar, develops into a fascinating revelation of personnel issues and involvements.

The well designed, constructed and well dressed set gave the actors maximum room in which to work and the lighting and sound added to the atmosphere of the piece. I particularly liked the lawn mower effect.  The small area, stage right, incorporating the stream added another atmospheric dimension to the action.

Rosemary Roe, Director has gathered together a group of talented, experienced actors who all worked well together and gave us a fascinating view of their current and past lives. Diction was excellent and the pace never faltered with convincing characterization from all the cast. Such was the high standard of all on stage I hesitate to single anyone out but Poppy Flanagan as Grace, who had the bulk of the dialogue, gave a lovely controlled performance as the vicar’s widow whilst Ian Edmundson as Bardolph gave another lesson in stagecraft which was a joy to behold. Rosie Withers, who stepped into the role of Sarah at very short notice, must be congratulated on the excellent finished performance.

Incidental music was a great choice.

I was intrigued to watch the audiences’ reaction to the action on stage. No coughing, no rustling of sweet wrappers. They were listening intently. This was a great tribute to the performers. When the final curtain came the constant and prolonged applause said it all. The time had flown, a testament to this very special evening. Congratulations to all concerned. 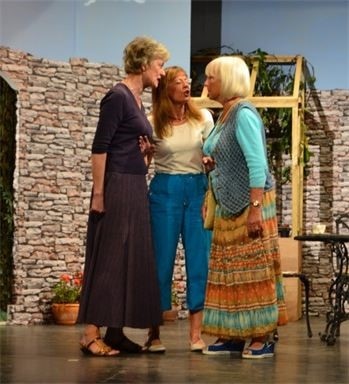 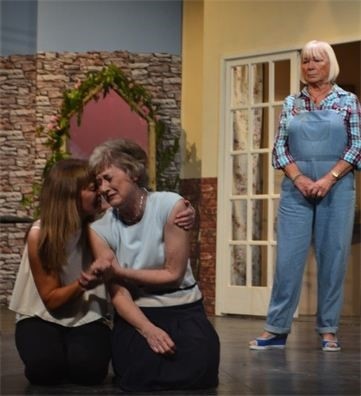