The photographs on this page were taken in Lytham Hall (house and grounds) - a stunning location and setting. The society has made huge efforts to get the costumes as accurate as possible, with meticulous attention to detail. To see the production in rehearsal click here, and to see a the trailer of the finished play giving a taste of the special effects used click here. 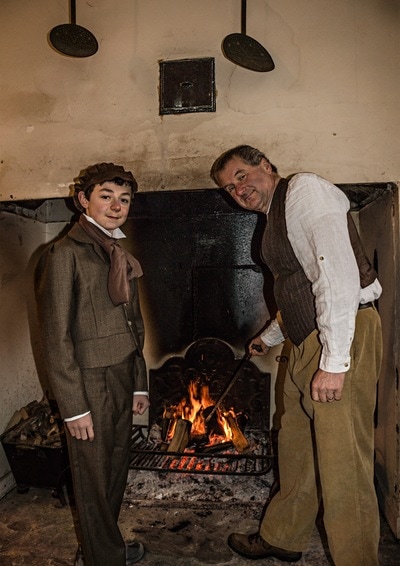 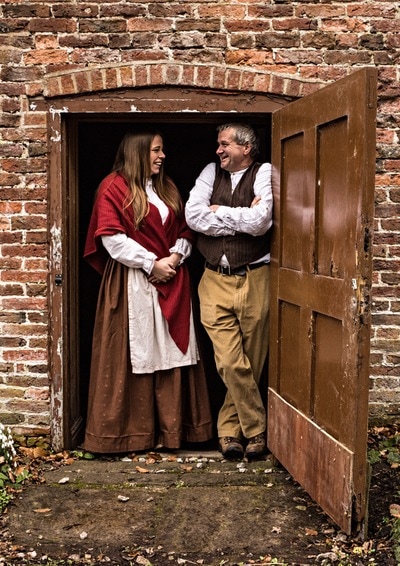 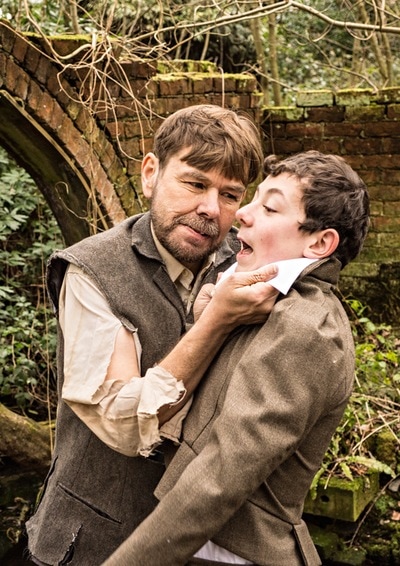 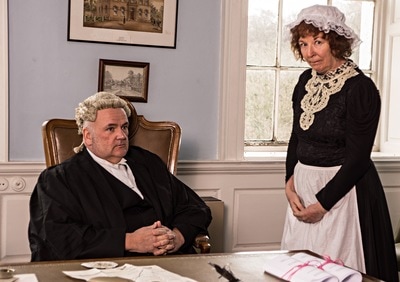 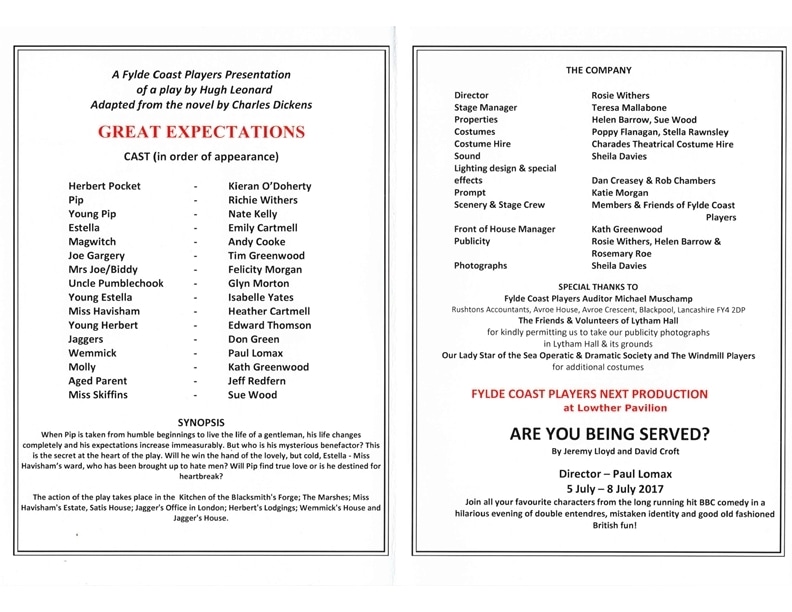 And what the Lytham St Annes Express thought..
Great Expectations      Lowther Pavilion
A lengthy novel narrated in the first person, Dickens’ usual plethora of strong and colourful characters and a variety of contrasting indoor and outdoor settings present a severe challenge for anyone attempting to present Great Expectations on stage.
Here Hugh Leonard’s thoughtful stage adaptation was in expert hands, as clear and imaginative direction from Rosie Withers and top quality ensemble acting combined effectively.
The delightfully acted and sympathetic relationship between the young Pip (Nate Kelly) and the older Pip (Richie Withers) was central, with the other characters playing off them with considerable skill.
Glyn Morton’s  comically potty Uncle Pumblechook, Tim Greenwood’s attractively jumble-worded Joe Gargery  and Heather Cartmell’s vividly reclusive  Miss Havisham each excelled, but all sixteen of the cast contributed hugely, ensuring every word was heard.
The rear projection of the settings enabled a very episodic novel to maintain a pleasing pace throughout and yet the most memorable moments were ones of stillness. The audience was frequently amused and also often silenced by the poignancy of a scene.
The impressively inventive range of plays presented by the Fylde Coast Players in recent years was further enhanced by this outstanding production.
Julian Wilde 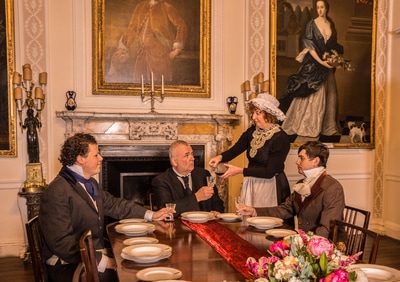 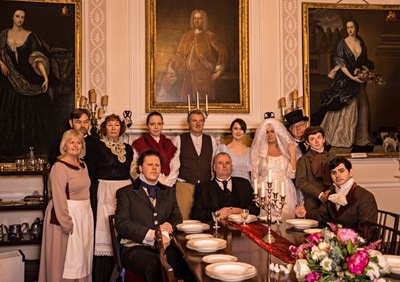 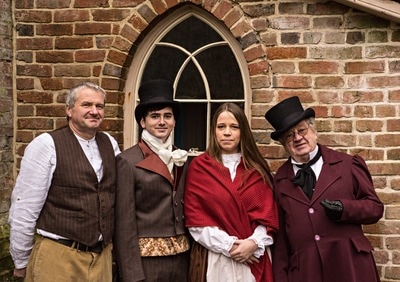 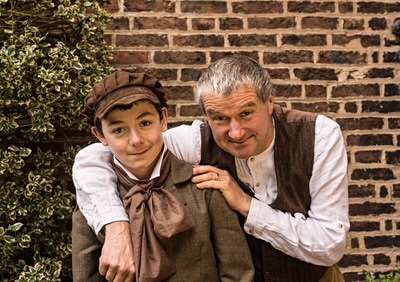 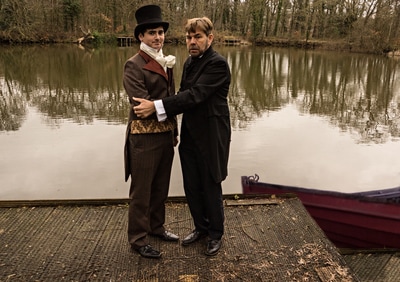 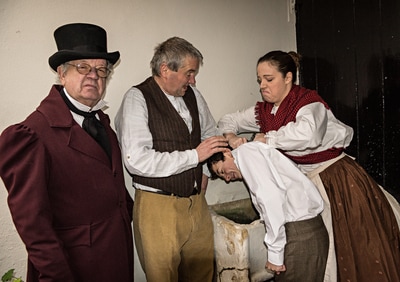 And what NODA thought...

This is probably one of the best known and loved novels by Charles Dickens and it was a most memorable experience to see this adaption by Hugh Leonard who captured the spirit and content of the novel.
Congratulations must go to Director, Rosie Withers and the experienced cast from Fylde Coast Players for bringing this story to life. The members of the audience were gripped and fascinated by the unfolding events many of which evoked distant memories.
This play was very well cast and it was encouraging to see some young actors taking part with enthusiasm and confidence, notably Isabelle Yates as Young Estella, Edward Thomson as Young Herbert and Nate Kelly as Young Pip.
I was particularly impressed by the transition of the young Pip to his older self played by Richie Withers who ensured the pace never faltered. His diction and dialogue were first class and it is very satisfying to see the improvement in this young actors talent. Emily Cartmell as Estella, the older version, had a great understanding of her character and was ideal for the roll.
Kieran O’Doherty as Herbert Pocket was the perfect foil for Pip. He and Pip had a great empathy which was apparent through the whole production.
Heather Cartmell as Miss Havisham made the most of her role as  the very troubled character and her death scene, helped by some very special effects, shocked the audience. The very experienced Glyn Morton was outstanding in his role as Uncle Pumblechook. He captured the eccentricity of Dicken’s character. A delightful performance.
Don Green as Jaggers and Paul Lomax as Wemmick held the key to most of the mysteries in this fascinating piece and played their roles with great expertise which was only to be expected from two very polished performers.
The set, though minimal was just what was required and together with some splendid lighting and sound effects captured the essence of the period. The scene where Magwitch, played with just the right amount of menace and feeling by Andy Cooke, was outstanding, as he met his watery end.
Costumes, props and accessories all helped to recreate the required era and I must congratulate all set constructors and crew who were essential to the success of the evening. Rosie Withers has ensured that this is another triumph for this very talented company.