A fast paced, thrill filled, hilarious version of Alfred Hitchcock’s film of “The 39 Steps”, based on the melodramatic spy thriller by John Buchan.

Our production includes all the legendary scenes from the film, the chases, the gunshots, the heroes, the villains, the romance and a cast of hundreds in sinister raincoats!

A tour de force not to be missed.

Richard Hannay, gentleman and general good egg, meets mysterious secret agent Annabelle Smith who is inconveniently killed in his apartment. Hannay must then elude the police who are then hunting him for the murder and the evil secret agents (in sinister raincoats)who will do anything to stop him while he simultaneously  attempts to prevent the evil Professor Jordan from sending vital secrets out of the country. 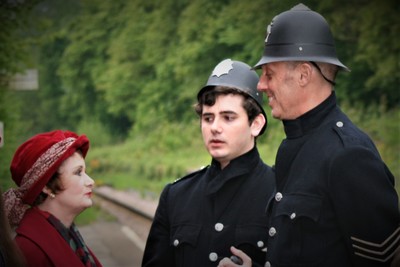 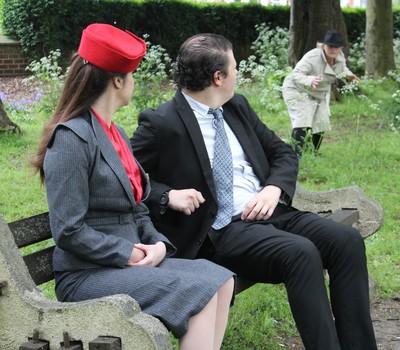 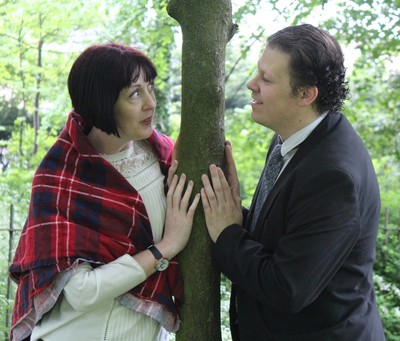 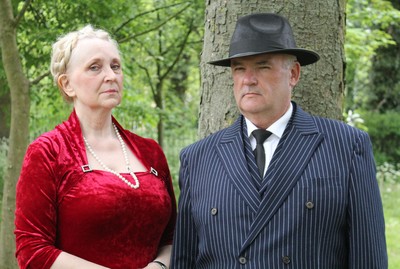 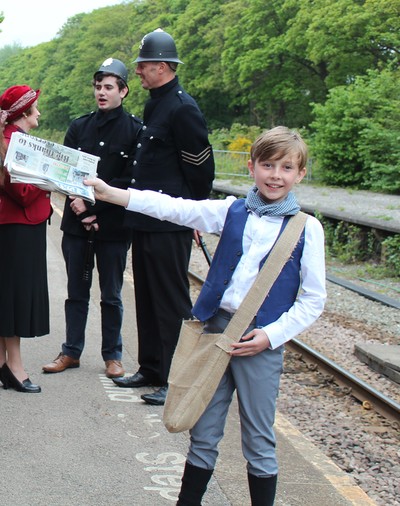 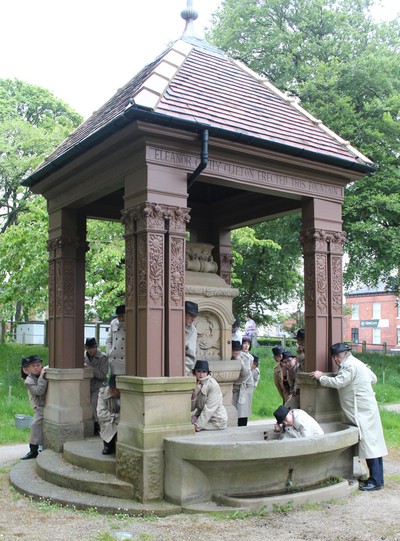 Hannay is assisted on his adventure (mainly a lot of running around the Scottish Highlands) by the loveley Pamela, at first an unwilling accomplice who, on finding out the truth about our hero promptly falls in love with him. Of course. 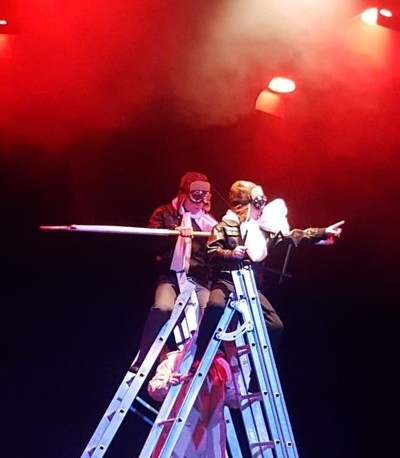 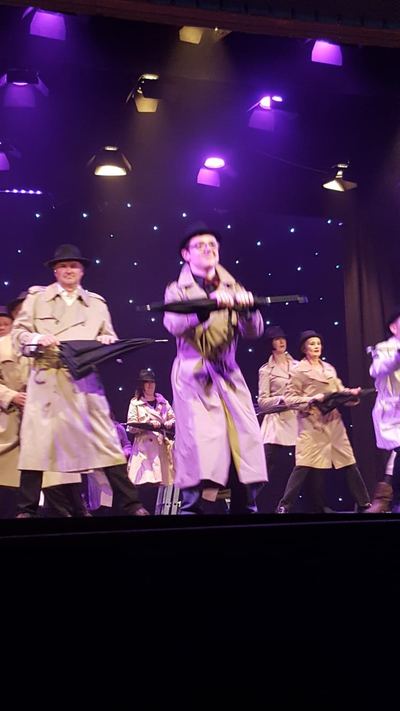 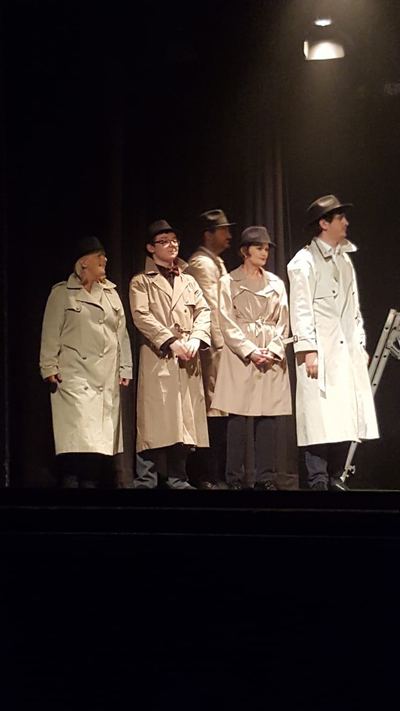 What the papers say..

Fylde Coast Players come up with a witty spoof of a spoof in this stylish production. There is only a passing resemblance to John Buchan’s 1915 adventure novel or Hitchcock’s film, as director Heather Cartmell populates the action with characters who are always a parody of themselves.
The result is hilarious. Kieran O’ Doherty, on stage throughout, is first-class as alleged murderer Richard Hannay on the run and is excellently supported by Andrea Cave and Emily Cartmell.
The action moves in a mad-cap chase from the London Palladium to the Scottish Highlands via the Forth Bridge and back again and it is the clever way this is handled which provides much of the amusement. Mime, slapstick, parody and spot-on use of stage effects and men in macs moving the scenery all contribute to the feeling of ridiculouness.
Paul Lomax and Andy Cooke, each playing several roles, are funny both vocally and physically, particularly as the Compere and Mr. Memory at the Palladium. Don Green and Tim Greenwood make the most of their German and Scottish accents respectively and there is fine work from Maureen Calverley. A large opening night audience quickly latched on to the farcical wave length and were richly entertained. Julian Wilde

Read more at in the Blackpool Gazette